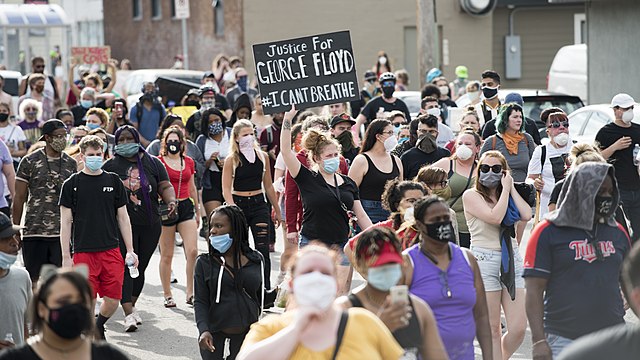 George Floyd was brutally murdered by a racist police officer who knelt on his neck for almost nine minutes, the last three minutes of which, Floyd was unresponsive. There were three other officers present and not one of them made a move to protect him, and he paid for it with his life. He had committed no crime.

Philando Castile was murdered by an officer while obeying the officer’s instructions. Castile had committed no crime, yet the officer fired upon him seven times. The officer was acquitted of all charges.

Tamir Rice was a 12-year-old child playing with a toy gun when officers, who had already been informed that the gun was most likely a toy, approached Rice and told him to drop the gun. They fired twice on Rice and he died the next day.

I could continue listing cases such as these over and over, and yet they continue.

And now there are riots in many cities across the country, and people questioning why violent protest is necessary. Well, see, peaceful protest has been tried over and over again. Colin Kaepernick peacefully took a knee during the national anthem, and white people excoriated his actions as disrespectful, even though the idea of kneeling was given to Kaepernick by an ex-Green Beret who had served in Sudan. Protesters peacefully carrying “Black Lives Matter” banners were met with retorts of “ALL Lives Matter!” When players of the NFL’s St. Louis Rams entered the stadium with their hands up in the air in protest of the shooting of Michael Brown, the St. Louis Police Department responded by demanding that the team discipline the players.

Those who have the audacity to demand that people peacefully protest systemic murder of people whose only crime was to be born black need to stop and reflect on how they themselves have been complicit in giving people no options but to resort to violence. If you have criticized them when they have protested peacefully, then you have no right to demonize them when their protests turn violent.